The Muslim Students’ Society of Nigeria(MSSN), Kwara State Area Unit has urged Governor AbdulRahman AbdulRazaq not to return schools to the missionaries.

The society, the umbrella body of all Muslim students in Kwara, also charged the government, to as a matter of urgency, exercise its power by changing the names of all grant-aided missionary schools to names that depict the ownership of the schools by the community and not any missionary bodies.

The Amir, Mallam Abdulrahman Abdulmumin made the call while addressing newsmen in Ilorin on Monday on the latest development on the right of Muslim female students to use hijab in public schools within Kwara State.

According to the group, some groups and individuals in the State have been mounting pressure on the Governor to return some schools to missionaries and religious bodies.

The society, however, demanded that the government should form a formidable committee consisting of legal and security operatives who would see to the enforcement of the government order and the order of the court on the right of Muslim students in government-owned (public) schools to wear Hijab.

They also urged the Government in all capacity to guard against further actions that would serve as contempt against the two court judgements in favour of the right to wear Hijab in the public schools in Kwara State. 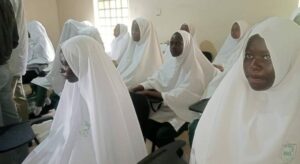 According to the group, “Members of the Muslim Students’ Society of Nigeria, Kwara State Chapter on behalf of the Muslims in the state hereby register our utmost disgruntlement with which the Kwara State Government has handled the case of lawlessness, sponsored murder of Brother Habeeb Idris and maiming of several other Muslims at the premises of Oyun Baptist High School, Ijagbo on Thursday 4th of February, 2022 over the reaction of the Christian Association of Nigeria members to the use of Hijab by the Muslim students of the school.

“Following the demand for justice on the Thursday 4th February, 2022 incident by the Muslim Stakeholders in the state, the Government set up a non-judicial panel to hear from both parties (the Muslims and the Christians) and advise the government appropriately on the broad daylight carnage in question.

“While earnestly awaiting the appropriate assignment of the panel of inquiry and the very much anticipated justice from the state government in this matter, a statement credited to the State Government, from the office of the CAN-inclined Permanent Secretary to the Ministry of Education and Human Capital Development, Mrs. Mary Kemi Adeosun had it that the school, Oyun Baptist High School, Ijagbo had been reopened on Friday 3rd of June, 2022.

“The harping on peace and harmony in the said government policy statement is to us, a pursuit of the ‘peace of the grave yard’ which is far from providing a long-lasting solution to the problem at hand. The government’s action is rather a move towards favouring the Christian religious followers over the Muslims. Moreover, the move is also better described as a preference for material gains over human lives.

“The Muslim students’ Society of Nigeria therefore, hereby forward the following demands towards seeking redress on the Oyun Baptist High School, Ijagbo Hijab crisis, the murder of Habeeb Idris and the maiming of several other Muslims.

“The recent ruling of the Supreme Court of Nigeria in favour of Secondary School Students in Lagos State and by extension all states of the country to use Hijab in the case SC/910/16- Lagos State Govt. And Ors V. Asiyat AbdulKareem further strengthens this position.

“Government should duly and appropriately compensate the family of the deceased.

“That the sponsors, executors and influencers of the public carnage who are still roaming around freely in the community should be brought to justice. It is only the government that has the machinery to do this and it should do so”, he said.

OGUN ‘SCHOOL CENSUS’ IS NOT ABOUT TAXATION – SAYS SUBEB BOSS

Do Not Wear Pant, Bra for More than 24 hrs — Expert Warns Women