Meet the New Chief Justice of the Federation 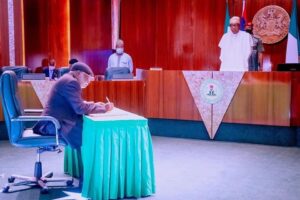 Ariwoola was appointed a Justice of the Supreme Court of Nigeria in 2011. 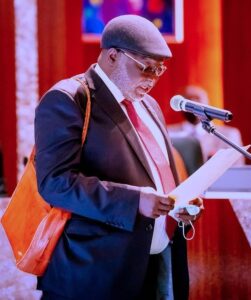 He was a Justice of the Court of Appeal between 2005 and 2011 after having been elevated from the State High Court of Oyo State. He was first appointed a Judge of Superior Court of record in Oyo State in 1992 from private legal practice.

Ariwoola started his educational career in his home town Iseyin at the Local Authority Demonstration School, Oluwole in Iseyin Local government of Oyo State between 1959 and 1967. He was in the Muslim Modern School in the same town between 1968 and 1969 before proceeding to Ansar-Ud-Deen High School, Saki in Oyo North of Oyo State.

He studied law at the University of Ife (now Obafemi Awolowo University), Ile Ife and bagged his bachelor of laws degree with honors in July 1980. In July 1981, Ariwoola was called to the Nigeria bar and got enrolled at the Supreme Court of Nigeria as a Solicitor and Advocate soon thereafter.

Ariwoola was a State Counsel on National Youth Service (NYSC) at the Ministry of Justice, Akure, Ondo State and later as Legal Officer.

Here’s Why Your Building May Be Removed In Lagos

I’m now left with nobody. They have wiped out my entire family