A Christian corp member, Jeremiah Shimasaan serving in Gusau, the Zamfara State Capital has constructed an ablution point and renovated a three-unit toilet facility in a mosque.

He also constructed and installed a suggestion box at the main entrance of the Zamfara State Radio and Television Services administrative block. 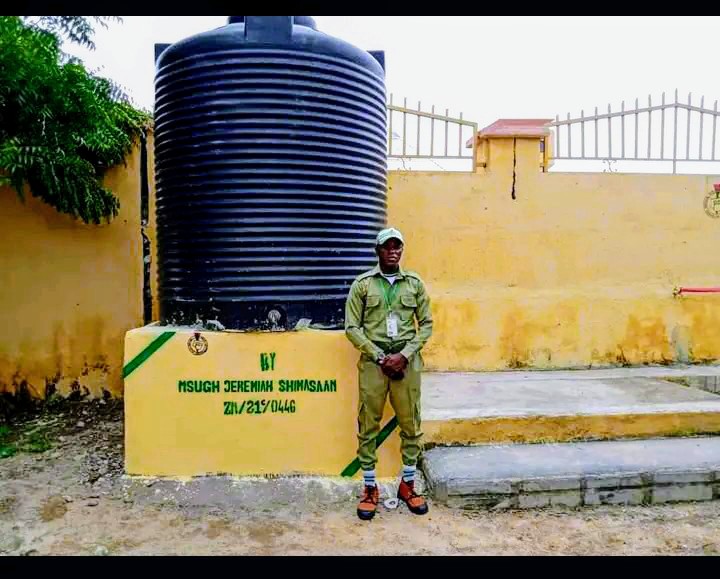 The 25-year-old corp Member serving at the Zamfara State Radio and Television Services said the idea of the project is to promote religious tolerance among Nigerians.

Shimasaan noted that the decision was moved by his desire to cushion the stressful effects of getting clean drinking water, for toilet use (conveniences), and Ablution, especially for the Muslim ummah during prayers.

The suggestion box according to him is for collecting and collating suggestions and mails for administrative purposes.

”My decision to have the project in a Mosque is to promote religious tolerance, unity, and Peaceful coexistence among people of different faith” Jeremiah said.” 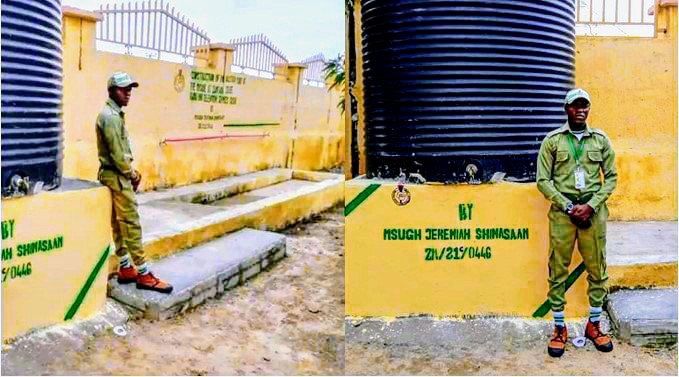 The 25-year-old corp Member serving at the Zamfara State Radio and Television Services said the idea of the project is to promote religious tolerance among Nigerians.

If all of us in this country will respect each other’s faith, love one another unconditionally, we will have the Nigeria of our dream without killing or attacking one another” he added.

”Our problem as a people is that we have little or no respect for our religion and belief, if we do, the next generation will have no reason whatsoever not to see each as brothers or sisters”

Commissioning the projects, the Permanent Secretary of Zamfara State Ministry of Environment Ahmad Liman commended the corp member and described him as a unifier.

Barrister Liman said corp members like Jerry Shimasaan with a heart of gold are very rare to find, but Zamfara state is lucky to him. He said the decision to uplift the standard of the Mosque conveniences and ablution point will surely attract the corp member Allah’s blessings, guidance, and protection at all times. 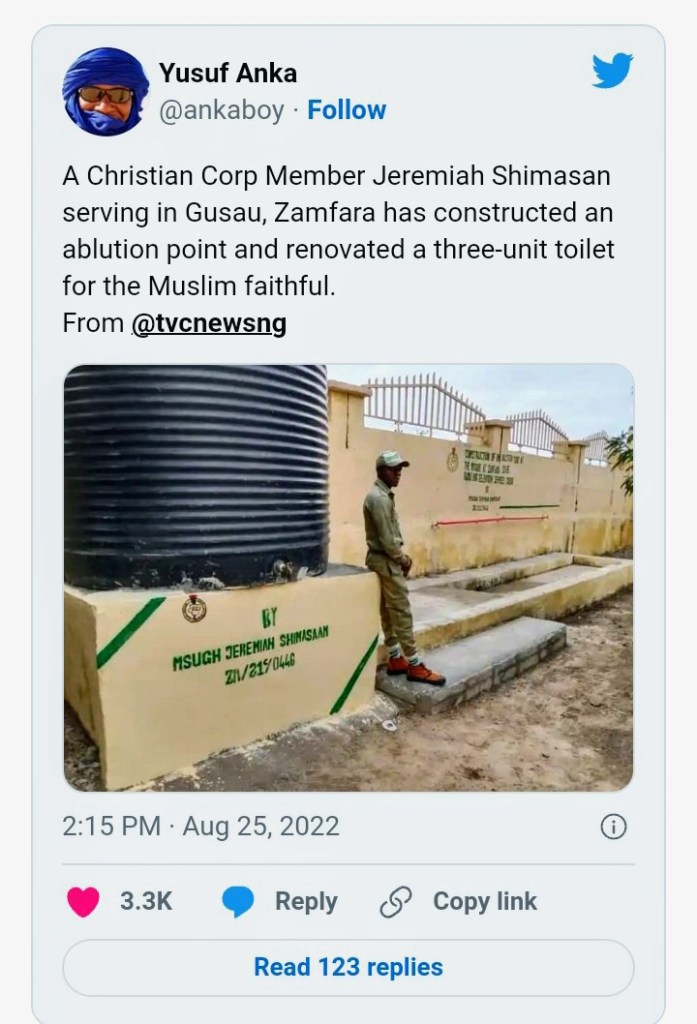 The Permanent Secretary enjoins other corp members from across the country to emulate what Shimasaan did which according to him will go a long way in promoting peace and unity among people irrespective of any differences.
On his part, the Chairman of Zamfara State Radio and Television Services Sa’idu Maishanu was elated at the project.

Maishanu described Jeremiah’s decision to have the three project sites within the premises of Zamfara State Radio as a welcome development.

Jeremiah Shimasaan according to Maishanu is one of the best, hard-working and dedicated corp members the organization have had in recent times and Zamfara State Radio and Television will not forget the gesture in a hurry. Sa’idu Maishanu prays God blesses the 25yr old corp member and wishes him success in life.

Jeremiah Shimasaan is a graduate of England and Literary Studies from the Benue State University, Makurdi. He is a Corp member of NYSC Batch C stream 1 with state code number ZM/21C/0446 and he is expected to round up his service year in September this year. 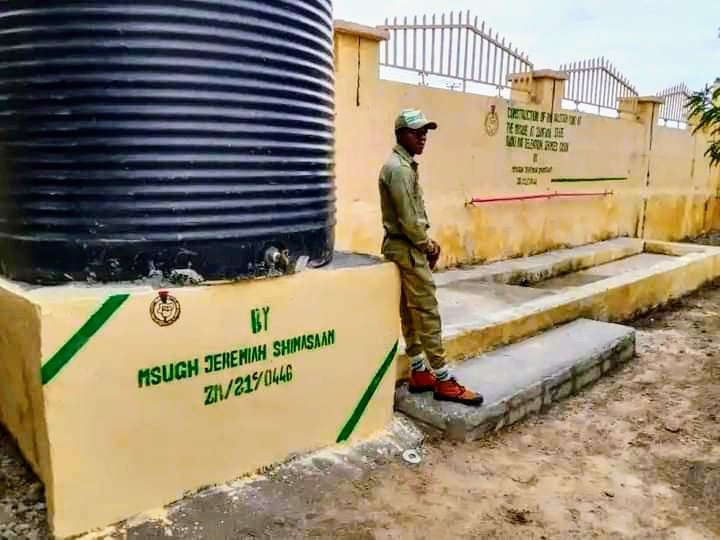 Those at the commissioning of the projects include officials of the National Youth Service Corps (NYSC), serving corps members, religious leaders, and representatives of the host community among others.

Missed in Lagos Found in Bauchi: A 17-Year Old Girl