A 15-year-old boy created a scene after storming a car dealership to purchase an expensive car that worth a whooping N36 million.

The car vendor got tensed over the situation and decided to involve the police to find out who sent him.

Reports have it that upon interrogation, the little boy told the police officers and car vendor to allow him to enjoy his life because he has just five years to live

In another post, it stated that a 15-year-old boy who has only five years to live walked into a car dealership to purchase his dream car. 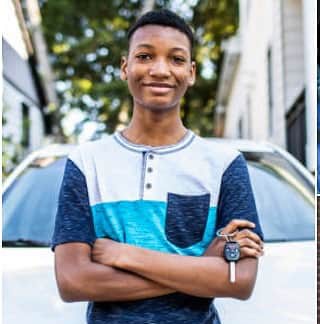 Temmyy who shared the story via Twitter, said the little boy priced a car worth a huge sum of N36 million.

The car dealer got scared of the situation and got the police involved. During the query, the young lad revealed he has only 5 years to live and would love to enjoy his life to the fullest before he dies.

This scared the police officers and car vendors who quickly pulled back and allowed the boy to pay for his dream ride.

“This driver can’t keep quiet about a 15 y/o whom he witnessed at his dealer friend’s store. He said the kid priced a N36M car and was ready to pay. Out of fear, the dealer called the police; on arrival, the police questioned him to know if it belonged to his dad/uncle. But the boy conveniently and confidently told them that he is buying it for himself and ready to use it for himself. That he has only 5 years to live so he must enjoy himself to the fullest, said the reports.

That nothing stops him from not buying it. It’s his time to reign because he has blow financially.

THESE ARE SOME REACTIONS ABOUT THE BOY.

Netizens react to Temmy’s tweet
Temitope Daramola said: “Okay something like this happened in abk too while I was in school. Sars stopped this guy’s car thought he was yahoo. Baba showed them his leg o and his biggest toes was missing told them. SHEY MO JO YAHOOO LOJU YIN. Even Sars fhooor they left him alone.”

Creative Credence wrote:“2018 was the turning point for all sorts of nuisance just because people want to make money. That was literally the year everything started falling apart.”

Gabby Michael reacted: “Bro that yr, I started loosing alot of money trying to mk money. It wasn’t funny. The pressure coming from nowhere and everywhere.”

I Arranged My Husband’s Abduction, Because He Always Starved Me Of Sex And Money – Mrs. Joy Sunday

Directors lobby ahead of screening for AGF job

Rent House to ‘Yahoo Boys,’ Rot In Jail for 15 Years, EFCC To Landlords

Arthritis: Everything You Need To Know