Five people reportedly trapped at the collapsed building, two rescued, while three females occupant of the building are still under the debris of the building Collapse as a press time. 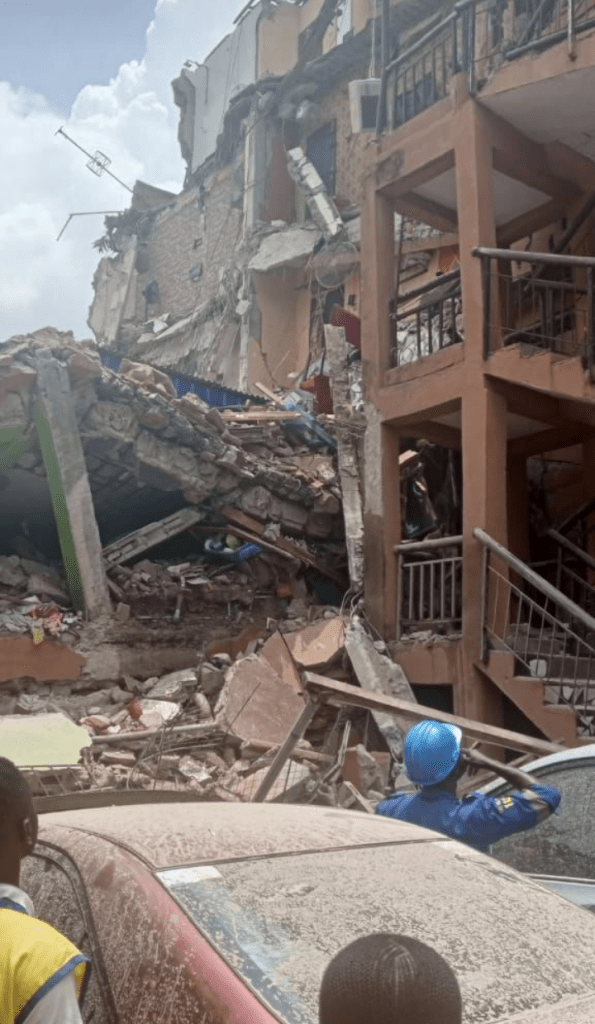 LASEMA and other first responders are carrying out operations at the site of the Collapsed building to Search and Rescue other trapped Victims .

He said ” On arrival of LRT at the scene of incident, it was discovered that a 3 storey building had collapsed at aforementioned address. 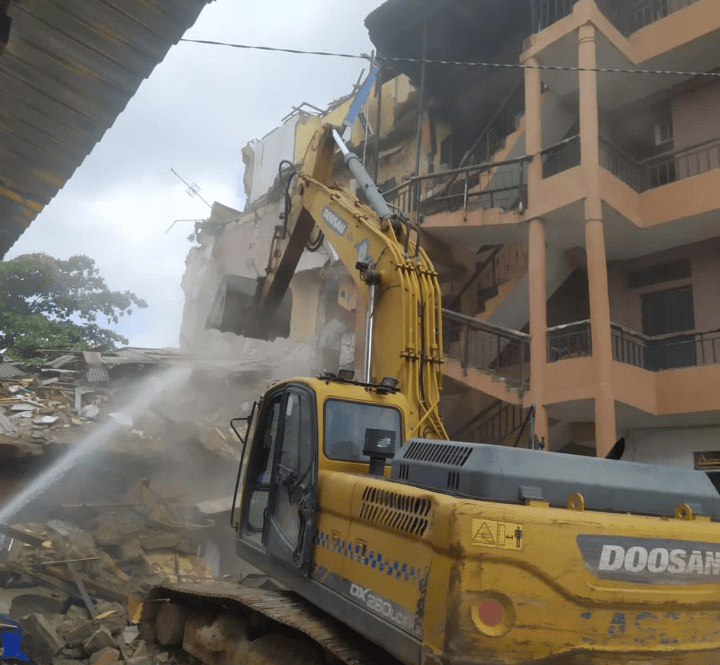 “Further investigation revealed that the collapsed building was an adjoining building to another 3 storey building.

Two people who were trapped inside the building have been rescued and treated, However, we were informed two females that are occupants of the building are still missing . Search and Rescue operation is on going. 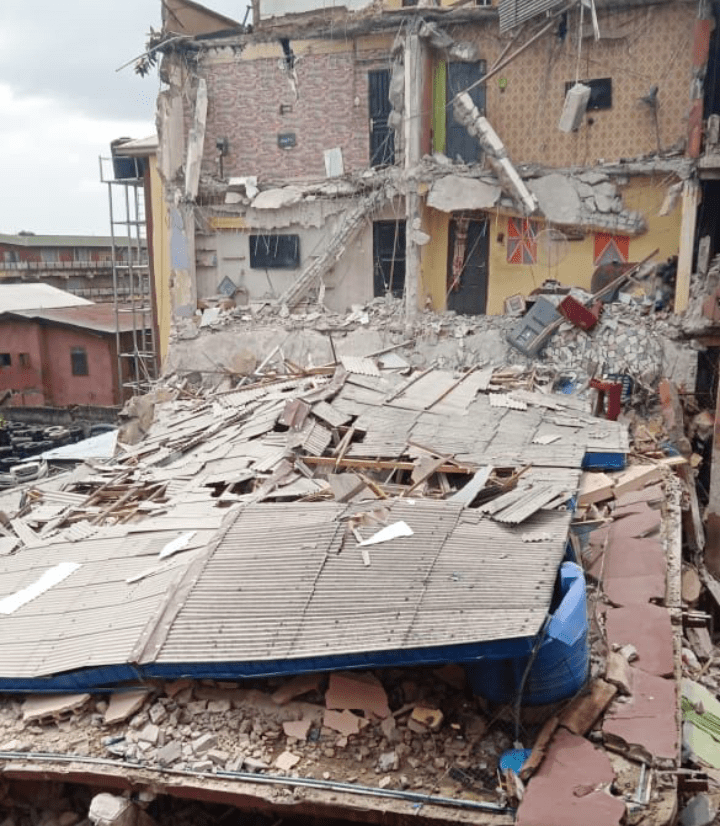 LRT, LASG fire, LNSC, LABSCA and NPF are all responders at the scene.
However, there are visible cracks on the remaining standing building that needs urgent attention.
Building has been cordoned off and evacuated, Operation still ongoing at the scene of the incident,he said”.