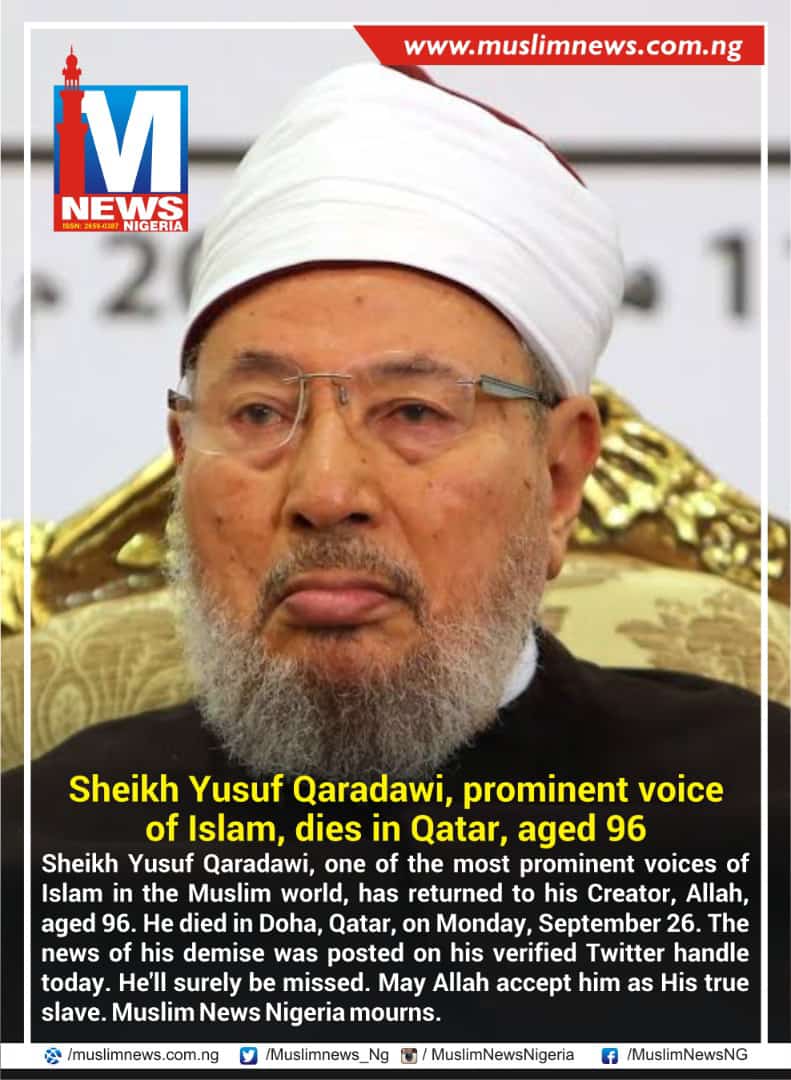 Qaradawi has published more than 120 books, including The Lawful and the Prohibited in Islam: The Future Civilization. He has also received eight international prizes for his contributions to Islamic scholarship, and is considered one of the most influential Islamic scholars living today.

"If You Are Confronted By An Armed Man, Be Gentle"... Says DCP Z. Wale Ajao