“Governance is not about emotions or trial and error. We must look at what we really want. In Nigeria today, we must have coincidence of wants. We must agree and be ready to make sacrifices for our children. It is not about everybody thinking they have the solutions to the problem of the country. We should stop attacking ourselves. There must be partnership.” 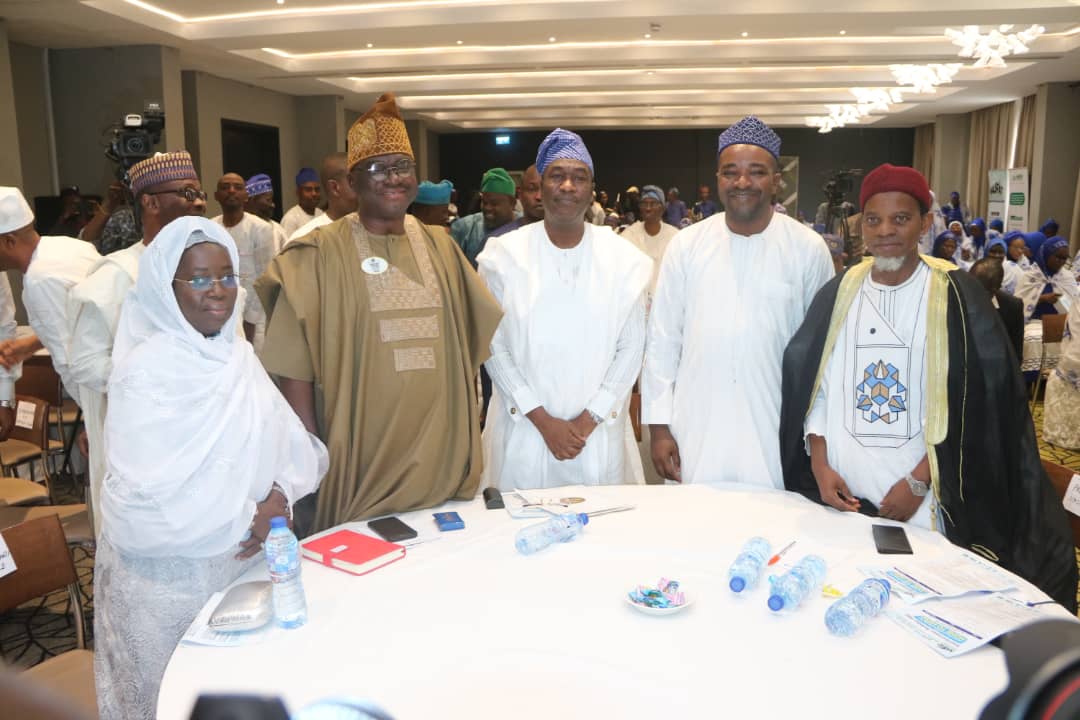 This was a piece of advice given by the deputy governor of Lagos State, Dr. Obafemi Hamzat at the Good governance workshop series organized by Nasrul-Lahi-L-Fatih society (NASFAT) at the Raddison Blu hotel, Ikeja, Lagos on Sunday.

Dr. Hamzat said, “Many at times when we talk about bad leaders, we have forgotten the fact that the process of becoming a leader begins from home. It is that home that teaches values that later translates into actions. Many families are broken and this has led to the collapse of discipline in the lives of the children”

He also stated that though everybody is angry “but anger is not a strategy,” adding that Nigerians must come together to solve her problems, that there must be partnership and coincidence of wants.

He added that everyone should be ready for a better Nation. The high rate of poverty in many homes had impacted negatively in loss of value, especially among the children.

The deputy governor, however, urged for a collaborative effort among parents towards confronting the issue headlong, adding that the importance of the home cannot be overlooked in addressing the challenges.

The presidential candidate of the New Nigerian Peoples Party (NNPP), Rabiu Kwankwaso, who was represented by Olanrewaju Jim-Kamal, the governorship candidate of the party in Lagos State, said parents must understand that good parenting is an act of worship.

Kwankwaso said that an opportunity for Nigerians to demand for good governance has come, saying that only a good leader can drive societal and developmental values.

He further said, the various social vices in the country are due to the breakdown of the family structure which is the bedrock of any society.

The former Governor therefore enjoined religious leaders and scholars to tell Nigerians to be closer to God and that they should intensify prayers for the leaders.

In his welcome address, the President of the Nasrul-Lahi-L-Fatih Society (NASFAT), Mr. Niyi Yusuf stated that the event which was the second in the series of its Good Governance Workshop was in furtherance of the society’s mission to promote good governance in the country for the benefit of all.

The president said that it is believed that “if there is good governance in the country, there would be solutions to the various challenges facing the country”.

He noted that the foundation for good governance must be laid right from the family which is the first unit of socialization, adding that NASFAT will continue to preach good governance in the country.

RUMINATE ON THE MISSION OF THE HOLY PROPHET AND ARGUE LESS ABOUT WHAT COULD DIVIDE US, says Onike of NASFAT

RUMINATE ON THE MISSION OF THE HOLY PROPHET AND ARGUE LESS ABOUT WHAT COULD DIVIDE US, says Onike of NASFAT

MUSWEN urges politicians to play politics according to rules, fear of Allah