by Lasilkiinadmin
in News, Sports
0

Napoli is showing strong interest in Azzedine Ounahi and looking to make him the latest player added to their ranks in order to bolster their squad in their chase for the scudetto. The Parthonepei are having a great season already and are already dreaming of what happened in the last century with the great Diego Maradona as their maestro back in the days.

Their main strength is in the attack, with players like Osimhen and Kvaratskhelia on a mission, the addition of Ounahi would provide more depth and creativity in the midfield, the Atlas Lion was very impressive at the world cup, and because of that had already attracted a lot of suitors from several top teams across Europe, with Napoli being on the top of the list. 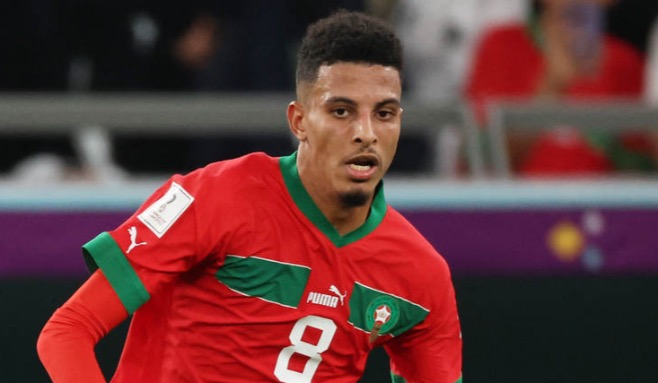 Former Inter Milan midfielder, Benoit Cauet would like to see the Morrocan become the third African in the color of the Azzuri, with Nigerian hit man Victor Osimhen and Cameroon Midfielder Andre Frank Zambo Anguissa already on their books because he believes, Ounahi would fit in easily to Luciano Spalleti’s style.